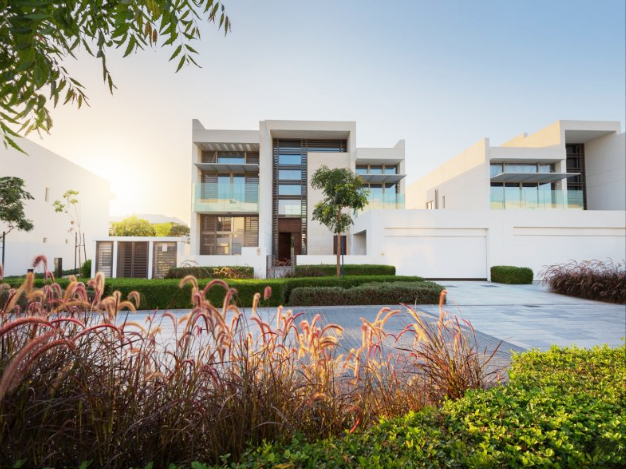 This blog takes the opportunity to celebrate the beauty, diversity, and vitality of the Dubai architectural environment.

Furthermore, we also need to consider the difficulties that developers, planners, and architects have to face when attempting to reshape these metropolitan areas to respond to the socioeconomic and physical pressures within the industry.

Dubai Architecture – Then and Now

Similarly, from a historical point of view, Dubai’s original architectural landscape has played a massive role in shaping the heritage and authenticity of the city we all enjoy today.

The architecture of Dubai dates back to the late 19th century. We can easily identify influences deriving from Islamic, Iranian, and Indian styles. The hot weather, local social and religious norms, and construction materials all played a significant role in determining architectural designs. The primary characteristics were ease of use, longevity, and climate adaptability. Early constructions used a lot of mud and were built of stone, palm leaves, and palm tree trunks. In addition, watchtowers, mosques, souks, and homes were made of coral stone from the sea and gypsum from the salt marshes of the creek. Islamic values were taken into consideration when designing courtyard homes, many of which were linked to wind towers to provide cooling during the heat. Buildings were constructed close together to provide pedestrian paths that were both shaded and airy.

Oil Discovery and Rapid Growth of Construction in UAE

The oil discovery led to a massive boom in Dubai construction which resulted in a wealth of various architectural styles adorning the city. Henceforth, Dubai was going to wow the world by building the biggest and the best, attracting global envy, attention, and recognition.

Over the years, remarkable structures like the Burj Khalifa, Burj Al Arab, Opus Tower, and Dubai Opera have been created using contemporary design ideas, techniques, and materials. Massive amounts of electricity were needed to keep the new skyscrapers and glass towers cool.

To create dynamic and inspiring structures, architects increasingly concentrated on innovation, sustainability, and a fusion of traditional, classic, and modern designs.

Dubai’s leaders are making a genuine effort to preserve the emirate’s architectural heritage, by refurbishing the Bastakiya old area near Dubai Creek and constructing museums and cultural institutions to commemorate the early days. Bastakiya is one of Dubai’s oldest neighborhoods where affluent Persian merchants arrived in the late 1800s, and the area has been fully restored and preserved as an architectural heritage site. Although the buildings are old, the spotless district appears to be brand-new. The oldest remaining building in the city is the 1799-built Al Fahidi Fort, which is now home to the Dubai Museum.

Dubai at the Heart of Futuristic Designs

There are many other master communities in Dubai that give us a sense of the diversity and innovation of the emirate’s architectural landscape, and its progression towards a more contemporary design. This is where the local heritage blends effortlessly with the Mediterranean-derived themes or Andalusian nuances, to deliver some of the most popular neighborhoods in Dubai to date.

The modern arabesque quietly hints at the Middle Eastern location of your home within the world’s map by mixing elements from the traditional heritage with a more formal structure.

The Spanish Renaissance, Spanish Colonial, and Andalusian styles are the inspiration behind the Mediterranean Collection. This style highlights a more formal, classical construction with a rectangular floor plan and a symmetrical façade.

The Modern Collection features a unique architectural vision, different from the conventional approach. The living areas seamlessly transition into the lower courts and rear gardens to create a setting that is defined by luxury living and comfort at its best.

District One at Mohammed Bin Rashid City is one of the most popular, in-demand areas in Dubai. The gated community comes with over a thousand acres of lush, landscaped greenery, surrounding a beautiful Crystal Lagoon. The affluent community is built around three distinct architectural styles – Contemporary, Mediterranean, and Modern Arabic.

District One villas and mansions deliver a most premium lifestyle experience, at the heart of this affluent and tranquil neighborhood. Contemporary style homes welcome you with minimalistic design, highlighting functionality and comfort, while Mediterranean style villas ooze a romantic, cosy feeling, and are bathed in natural light. On the other hand, the Modern Arabic style is all about a warm welcoming vibe with touches of classic design.

Undoubtedly, the world’s tallest building is dominating the Dubai skyline, remaining one of the most prominent landmarks up to date, for tourists and investors alike. The slender, silver steel structure was inaugurated in 2010 and it can be seen for miles. It is over 800 meters tall and has 160 storeys. Adrian Smith was the lead architect responsible for the building’s design, and he took inspiration from traditional Islamic architecture. Burj Khalifa uses stepped ascending spirals, rising from a flower-shaped base which is reminiscent of the white lily, cultivated in the desert. The skyscraper cost an estimated $4 billion to construct and is highly recognized globally as an engineering marvel.

Burj Al Arab is an iconic structure that rises gloriously over the Jumeirah beach coastline on the man-made island. The building resembles an Arabian dhow sail and the English meaning for Burj Al Arab translates to “Arabian Tower”. In addition, the building is the tallest all-suite hotel in the world, measuring 321 meters to the sky, and was designed by architect Tom Wright, just in time for the millennium, in 1999. The steel frame façade of Burj Al Arab is wrapped around the concrete tower, while the fiberglass forms the white sail.

Dubai has created some of the most beautiful structures in the entire world using cutting-edge materials, and very complex construction methods. Amongst those, we can count the urban-scale projects such as the world-famous artificial islands. The mega project was part of the branding of Dubai on the global stage. The man-made islands took the shape of the map of the world and palm trees, and are considered part of the Eighth Wonders of the World. The Palm Islands were developed by Nakheel, the government-owned developer, and include Palm Jumeirah, Palm Deira, and Palm Jebel Ali.

Subsequently, Palm Jumeriah is by far the crown jewel and most sought-after location for the elite in Dubai. Palm Jumeriah is made up of a 2km-long trunk, 11kmcrescent surrounding the island, and 17 fronts, all of which are home to some of the most luxurious mansions in the world.

Dubai at the Center of Modern and Contemporary Architecture.

Dubai is leading the way with innovative, sustainable architectural practices and technologies, ensuring proper use of the region’s natural resources. The city is home to some of the most sustainable projects in the world such as Six Senses by Select Group and One Palm by Omniyat, both located on Palm Jumeirah.

Six Senses residences strictly observe the highest standards of water and energy efficiency, ensuring ample space, privacy and comfort. Using the finest architecture inspired by the UAE’s coral, along with the most superior materials and finishes, the lavish homes promise high capital gain and financial return over time.

Modern architecture in Dubai has been growing steadily over the past 40 years, with a joint effort from some of the most illustrious architects in the world. They have been delivering exceptional projects so far. Dubai excels in combining modern design practices with traditional style, whilst remaining authentic and naturally connecting its residents to the city’s dynamic past 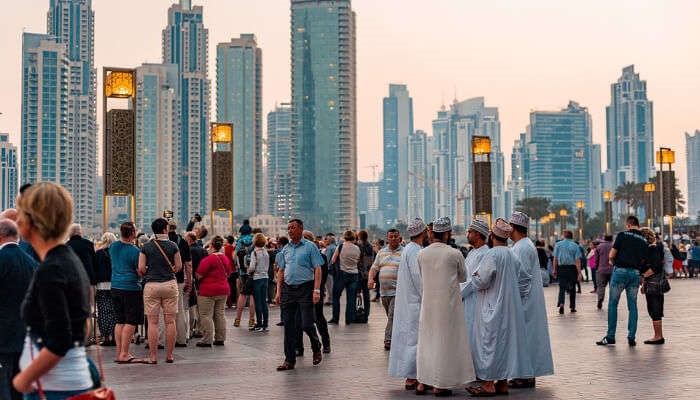 Is Dubai the best place to raise a family and enjoy the best quality of life? 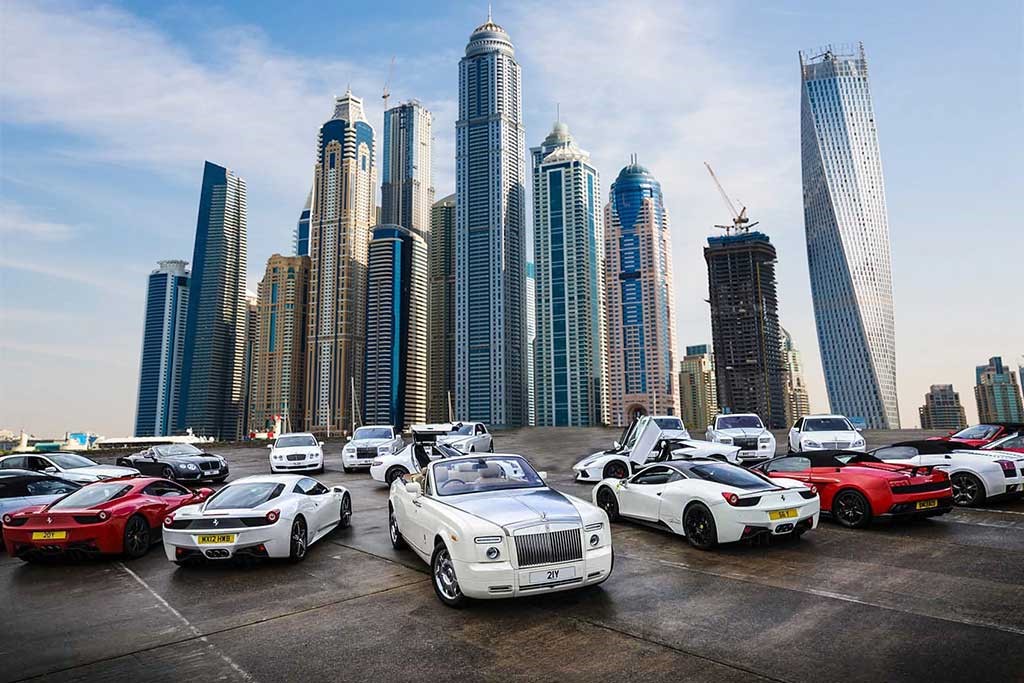 New Residents with high disposable income moving in to Dubai!

Send us your request and our specialist will call you back